Phil Curry, Autovista24 Editor, is a seasoned automotive journalist, always keen to seek out and explain the latest industry developments 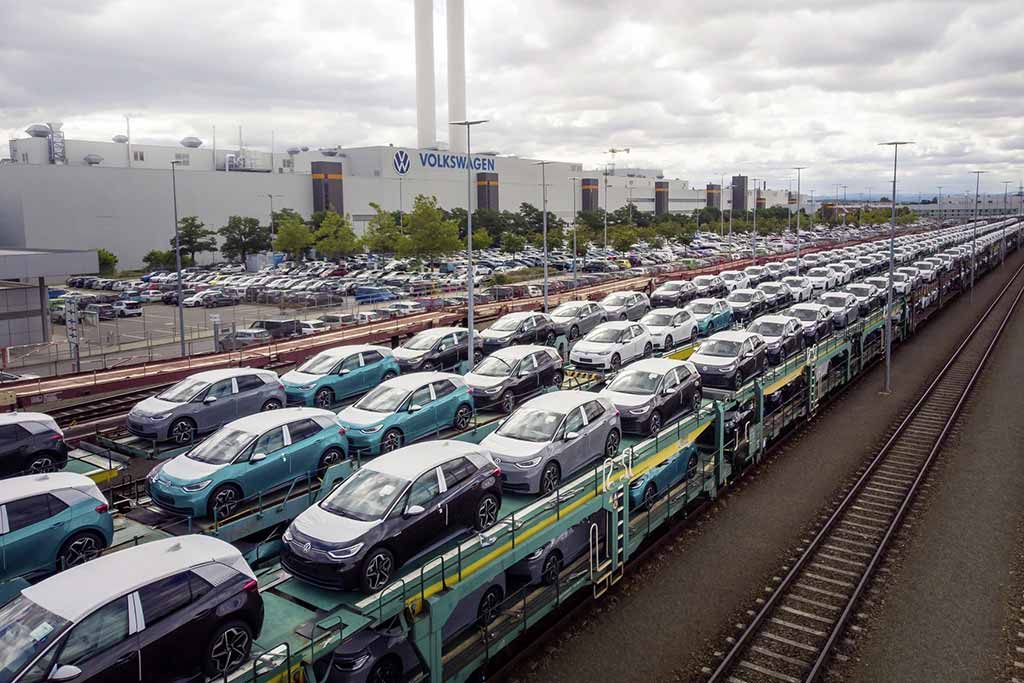 Volkswagen (VW) Group has presented its technology roadmap for batteries and charging up to 2030. The carmaker has also indicated that by ramping up its plans, jobs will need to be sacrificed.

The OEM will establish six gigafactories in Europe with a total production capacity of 240GWh by 2030. It will also expand its public fast-charging network, having announced cooperation with BP in the UK, Iberdrola in Spain and Enel in Italy.

Its new roadmap aims to significantly reduce both the battery’s complexity and cost, making electrically-chargeable vehicles (EVs) attractive and viable for consumers. At the same time, it will shorten its supply chain and control as much of the EV production of as possible.

‘E-mobility has become core business for us,’ commented Herbert Diess, chairman of the VW Group board. ‘We are now systematically integrating additional stages in the value chain. We secure a long-term pole position in the race for the best battery and best customer experience in the age of zero-emission mobility.’

As the market leader in Europe, VW Group knows it is responsible for delivering affordable electromobility as the industry transitions away from internal-combustion engine (ICE) technology. While some carmakers have announced plans to go EV-only, the carmaker is creating a sub-brand for its Volkswagen marque. Stablemate Bentley is choosing to focus on battery-electric vehicles (BEVs), and Porsche is investigating eFuels. All VW Group brands will feature electrification in some way. This means the carmaker will need an excessive amount of batteries, both for BEV and plug-in hybrid (PHEV) models.

‘Together with partners, we want to have a total of six cell factories up and running in Europe by 2030, thus guaranteeing security of supply’, explained Thomas Schmall, VW Group board member for components.

To achieve its aims, VW Group will increase its order of batteries from its supplier Northvolt by €14 billion. It will focus production of premium cells at its factory in Skellefteå, Sweden, which will see manufacturing begin in 2023 and increase gradually to an annual capacity of 40GWh. The carmaker will also purchase outright the joint venture it has with Northvolt for a gigafactory in Salzgitter.

‘Volkswagen is a key investor, customer and partner on the journey ahead, and we will continue to work hard with the goal to provide them with the greenest battery on the planet as they rapidly expand their fleet of electric vehicles,’ said Peter Carlsson, co-founder and CEO of Northvolt.

The company is considering potential sites and partners for the other factories.

As well as increasing production, VW Group wants to lower the cost of batteries, making vehicles more affordable as a result. ‘We aim to reduce the cost and complexity of the battery and at the same time, increase its range and performance,’ added Schmall. ‘This will finally make e-mobility affordable and the dominant drive technology.’

Therefore, by 2023, the company will introduce a ‘unified cell’, which will feature in 80% of all EVs in the group by 2030. This plan will allow the carmaker to introduce different chemistries into a standard battery-cell design, which will reduce costs while ensuring that each model retains a unique power or range attribute.

VW Group will gradually reduce battery costs in the entry-level segment by up to 50% and in the volume segment by up to 30%. ‘We will use our economies of scale to the benefit of our customers when it comes to the battery too. On average, we will drive down the cost of battery systems to significantly below €100 per kilowatt-hour. This will finally make e-mobility affordable and the dominant drive technology,’ said Schmall.

In order to facilitate mass-adoption of its EVs, the OEM is also looking to expand its fast-charging network and has partnered with local providers in key markets to achieve this.

Along with its partners, the company intends to operate about 18,000 public fast-charging points in Europe by 2025. This represents a five-fold expansion of the fast-charging network compared to today.

The carmaker wants to establish about 8,000 fast-charging points throughout Europe together with BP. With a charging capacity of 150kW, the fast chargers will be installed at 4,000 BP and Aral service stations, with the majority of these in Germany and Great Britain. In cooperation with Iberdrola, Volkswagen will cover the main traffic routes in Spain. In Italy, it will collaborate with Enel to establish a fast-charging network both along motorways and in urban areas. The carmaker will also continue its activities as part of the Ionity joint venture.

While the roadmap promises cheaper EVs with increased production, the carmaker is also poised to cut jobs to reduce costs.

‘Disciplined cost management will continue to be necessary to finance the required investments in the future, to remain competitive and, above all, to make it possible to safeguard jobs in the long run,’ commented Gunnar Kilian, chief human resources officer of Volkswagen AG. ‘The measures set out in the guidelines provide the right solution for this. We are strengthening the internal transformation of our workforce and creating jobs in forward-looking areas – through training and targeted external recruitment. For this purpose, we are also increasing our training budget by €40 million to a total of €200 million.’

Based on experience, the company expects up to 900 employees to volunteer for the short-term early-retirement models, with a low four-digit figure for partial retirement.